What Is Card Game Spider Solitaire

What is card game Spider Solitaire?

Remove all the cards from the table in the fewest number of moves.

Spider Solitaire is played with two decks of cards. Depending on the difficulty level, the decks consist of either one, two, or four different suits.

The cards are arranged in ten columns. The top card in each column is face up, the rest are face down. The remaining cards are piled in the lower-right corner of the table.

To win, you must remove all the cards from the table by building columns organized in descending order, from king to ace. At intermediate and advanced levels, the cards must also match suit.

When you succeed in building a sequentially-ordered column, it flies off the table.

If you run out of moves, click the pile at the bottom of the table for a new row of cards.

You aren't limited to moving just one card at a time. If a run of cards are all in the same suit, and arranged in numeric order, you can drag them around as if they were a single card.

You start with 500 points. From this, Windows subtracts the number of moves it takes to finish a game. It then increases this subtotal by 100 times the number of runs removed from the table. 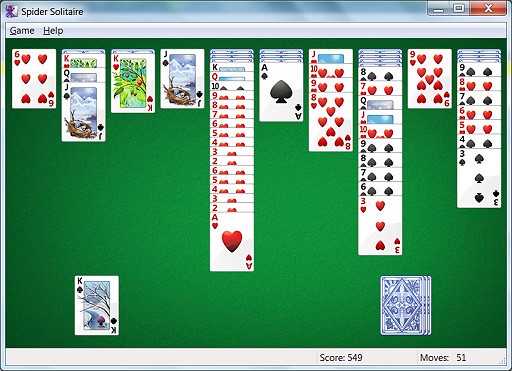 Downloading and Installing PdfMerger on Windows
How to download and install PdfMerger on Windows? I heard it's a nice tool split and merger PDF files and want to try it. 1. Go to http://sourceforge.net/project s/pdfmerge.2. Click Files menu, then pdfmerge > pdfmerge_v1.22 folder. 3. Click PdfMergeSetup_1.22.msi file to start downloading. 4. Save ... 2015-05-26, 1619👍, 0💬

💬 2020-07-03 chelseaclark: Creative Bioarray is dedicated to offering a portfolio of CABRTM chromosome probes for our customers to detect the amplification...

What Is PdfMerge
What is PdfMerge? Can use it to split PDF files? PdfMerge is an open source PDF Split and Merge tool is implemented using the PdfSharp library and is either GUI or command driven. It is useful for automated document creation.It allows bookmarks from the input pdfs to be imported and flexibly embedde... 2015-05-26, 1220👍, 0💬 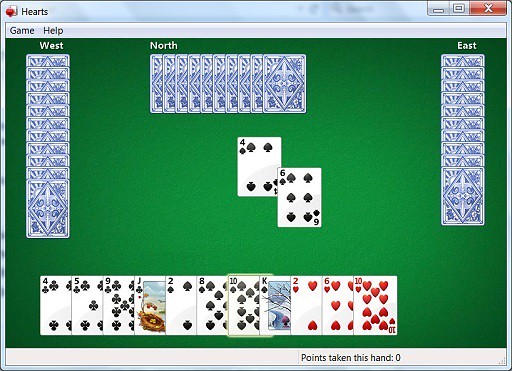 What Is Card Game Hearts
What is card game Hearts? Hearts is a card game played with a single deck and four players. On a computer, all three of your opponents are played by the computer. The Object To score as few points as possible. The table Hearts is played with a single deck of 52 cards. Your opponents (played by your ... 2015-06-06, 1206👍, 0💬

Installing Hearts on Windows 7
How to install Hearts on Windows 7? Hearts is included in Windows 7 as system feature. By default it is turned off. You need to turn it on with these steps: 1. Go go Control Panel and click Programs. 2. Click "Turn Windows features on or off". wait to see a list of features displayed in the "Windows... 2015-06-06, 1168👍, 0💬

Where to find answers to frequently asked questions on FTP (File Transfer Protocol and related tools...

What is "Microsoft Access Outlook Add-in for Data Collection and Publishing" COM Add-in in Outlook 2...

How to use MomoCast with Safari on iPhone and iPad to cast Website and video to Chromecast on TV? If...

How to start and stop FileZilla Server service? I have FileZilla installed on my Windows computer. Y...